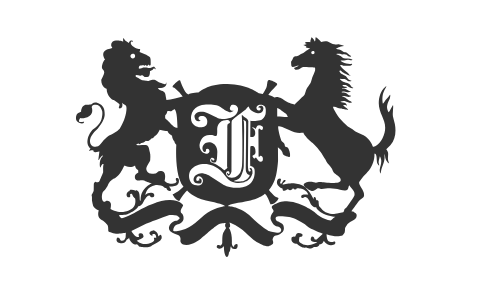 Fritsch & Co. is a private investment office located in the heart of the Alps in beautiful Vaduz in the Principality of Liechtenstein. The purpose is wealth management for both, the Fritsch Family with its principal Mr. Florian Fritsch and of other Families. The main asset classes are commercial and residential real estate investments, private equity and venture capital through all stages. A focus is also on investments in sustainable and ecological assets, such as green buildings and green tech start-ups.

+500.000 sqm financed, acquired, developed and sold. With properties in Berlin, Frankfurt, Munich and Vienna Area. Every deal resulted in a 10%+ IRR.

+50 investments in startups of all stages. Including exits and IPOs of ventures such as delivery hero and relayr.

The strongest and closest partnership you can have with us. You see every deal and, in line with your wealth strategy, can determine your participation in it together with us. The transaction is handled by us, which saves you a lot of time and yet you always have control over the deal.

Selected friends of our private investment office regularly receive the opportunity to participate in interesting deals. Here you can always make an individual decision if something is interesting for you. If so, we work closely with your consultants to achieve a satisfactory result.

If a unique opportunity arises, you have to seize it and take advantage of it. Such constellations arise again and again from our large network of companies, entrepreneurs and consultants. Often, fast action and clever structuring are required. As both an office partner and a deal-by-deal partner, we are happy to involve you in the decision-making process and structure the asset for you and us.

If we command our wealth, we shall be rich and free. If our wealth commands us, we are poor indeed. 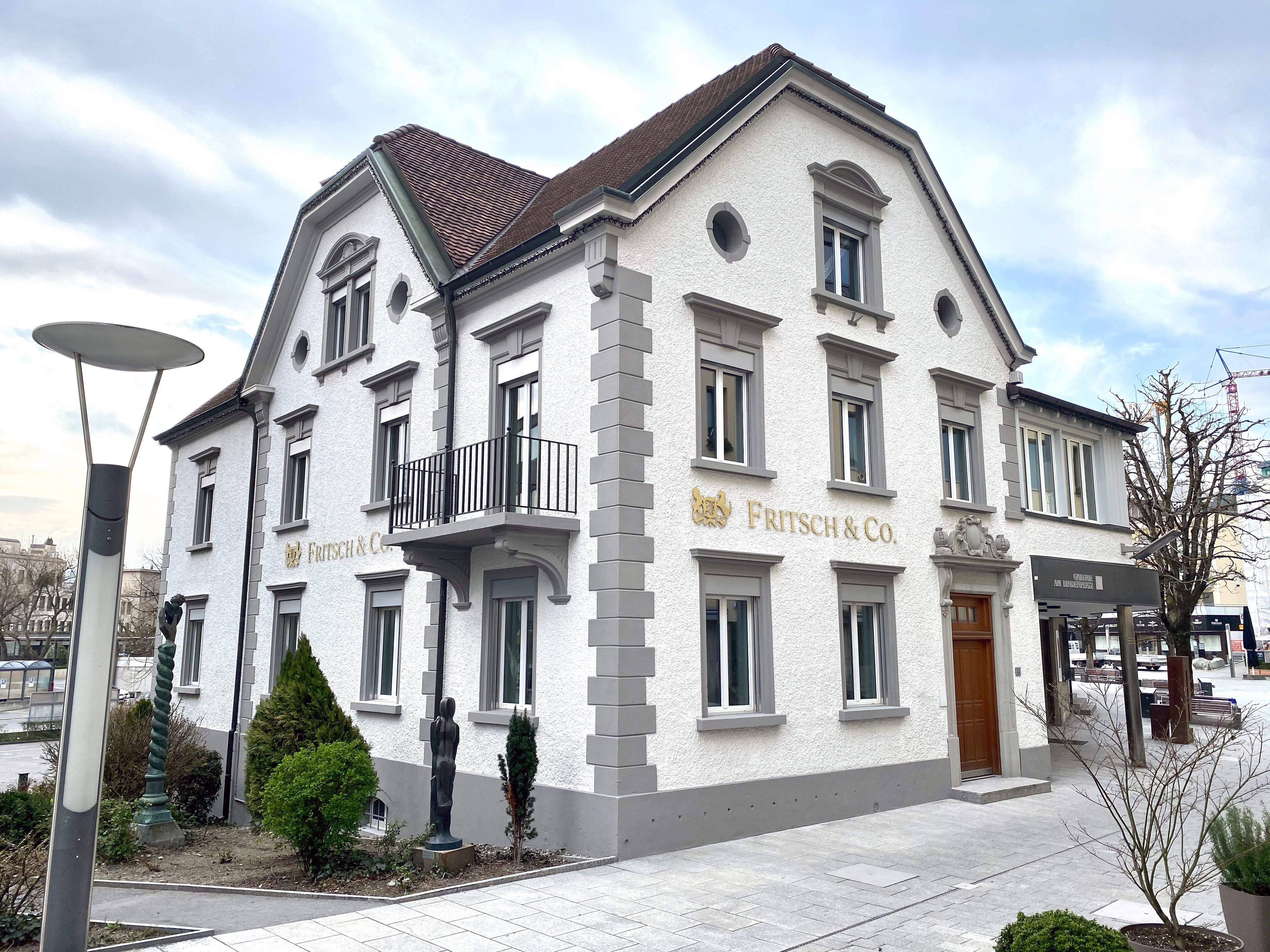 At our headquarters in the pedestrian zone of Vaduz, in the Principality of Liechtenstein, we make all our decisions regarding our investments. Our team, supported by local external consultants, ensures that all information is gathered in one place and can be used as a basis for our investment hypotheses.
28 Aug
2020

Joining the index of Germany’s 30 biggest listed companies is usually a cause of celebration for the joiner rather than of controversy. Yet the arrival of Delivery Hero in the dax 30 on August 24th ignited a fierce debate. How, critics grumble, can a food-delivery company that has never made money or paid a dividend, and no longer even does business in Germany, sit alongside Siemens, a 173-year-old engineering behemoth, and Volkswagen, Europe’s biggest carmaker, in the elite group of the bluest of German blue chips?

Florian Fritsch is „self-made“ in the truest sense of the word: He started his career as a paramedic, today the German manages a billion € in his family office. Fritsch invests the money primarily in real estate and tech companies. With his latest project, Gropyus, he is bringing the two worlds together – because the company wants to develop residential construction in the sense of Spotify, Tesla and Co.

Florian Fritsch is not a person who flaunts. Rather, the 42-year-old describes his quite extraordinary life with a naturalness as if he were reading a recipe. Want some examples? As a paramedic, Fritsch took over the billing of the trips after graduating from high school – and quickly noticed how much money was being moved. So he founded a private ambulance service – just as the market was being liberalised. The first ambulances were followed by others, about which Fritsch only says: „And then I suddenly owned a few ambulances. Immediately afterwards, he took the step into the real estate business by expanding his own company headquarters – and again he only says: „After a while I had some real estate in my possession. And when asked how his career as a racing driver came about, Fritsch replies: „I have always loved driving a car.

Florian Fritsch
… worked as a firefighter in his youth before he trained as a paramedic. He founded a company for private ambulance services, entered the real estate business and invested early in tech companies, including Delivery Hero. His family office Fritsch & Co. is based in Liechtenstein.

Florian Fritsch explains how he builds up companies as an investor and sells them for 300 million.

Mr Fritsch, you are an investor and business angel. You founded your first company in Germany at the age of 16. How did it come about?
Florian Fritsch: After graduating from high school, I trained as a paramedic and then founded a patient transport company near Lake Constance, but before that I had been an entrepreneur since I was 16. Because I built a building for the company, I came to the real estate business rather by chance. I started to invest in real estate projects and at the same time I started working with young entrepreneurs. For 15 years now, I have been working as a business angel or investor, helping young founders to turn ideas into profitable business models and turn their visions into reality.

You now control a part of your companies from Liechtenstein, namely Vaduz. Why?
One of my first co-investors was a Liechtenstein citizen. In 2007 we started with a desk in an office in the Städtle to manage our own assets. We appreciate the short and quick distances in the country, which is why we have now also located part of our real estate company Gropyus, which produces in Germany, in Liechtenstein.

They also invest in Swiss and Liechtenstein founders. However, one of your most successful investments was the Berlin IoT start-up „Relayr“.
As an industrial company, the question today is not whether to go digital, but when. In 2014, we helped to provide the company Relayr with capital. Relayr is active in the field of Internet of Things and in this context offers a platform in which the data of devices and machines merge. Various processes can be monitored using Relayr’s software. With the help of Big Data it is then possible, for example, to make very precise statements about the probability of equipment failure. An example of the business model is a company that provides its customers with machines not by selling them but in the form of a service and bills per metre of produced goods. As a result, the added value is twice as high as if the machine had been sold directly to the customer. I brought an American investor on board who has co-financed Google and Facebook, among others. We sold Relayr to the insurance group Münchener Rück in 2018 for 300 million dollars.

They have also already invested in a completely different industry. This involves food deliveries. How did this come about?
Yes, that was Delivery-Hero, a delivery service that started in Germany with just a few orders. Years ago I had a premonition that customers would increasingly want to order their food at the push of a button or with a click. In the first year, the orders could still be counted on several hands. Today, the company employs almost 25,000 people and in 2019 it processed 666 million orders in 46 countries – in the meantime, the orders are almost three million per day. To reach this size, we pursued a buy and build strategy and acquired similar platforms in other countries. Once our technology was much more efficient and reliable, we transferred it to the acquired platforms. At that time, I invested 50 million euros with two other investors. I was lucky to meet great entrepreneurial personalities who work hard and are able to implement their ideas.

What makes you decide to invest in a start-up?
I like it when people come across a problem in their everyday life that they want to solve and in the course of this a great business idea is born. I am convinced that the exact same idea from two different entrepreneurs can lead to success or failure. The idea does not make a business. My motto is: Doing is like wanting, only more blatant. (laughs) If someone has put a lot of time into it and built up know-how, then I love it.

Let us talk about the Gropyus company. Do you build high-rise buildings from wood in the factory?
Yes. I built the Gropyus company together with Markus Fuhrmann, who also founded Delivery-Hero, Philipp Erler, who was the head of technology at Zalando and realised the logistics centres and robotics programmes there, and other co-founders. As in the automotive industry, we manufacture with robots in our own factory. The wooden houses are finished in a few weeks. Construction costs and time can thus be planned. Thus a frequently occurring shortcoming in the construction industry is solved. At the moment we are at three days per floor. Meanwhile 160 employees are already working for the company. The annual turnover is 20 million euros. We have already invested a double-digit million amount in Gropyus with our Family Office.

Gropyus takes a radically different approach to a resource-saving, durable and efficient way of constructing buildings. The company which was founded in 2019 wants to cover the entire construction chain: from property acquisition and rental to the final demolition or conversion many decades later. The company wants to control the process itself. “Gropyus will also use materials from its own production for development and added value, but is open to partners at all stages of the value chain.”

Berlin based Internet of Things (IoT) startup relayr, whose middleware platform is geared towards helping industrial companies unlock data insights from their existing machinery and production line kit by linking Internet connected sensors and edge devices to platform controls, has been acquired by insurance group Munich Re in a deal which values the company at $300 million.

relayr was founded back in 2013 with the initial aim of helping software developers hack around with hardware, at a time when developer interest in IoT was just taking off.

German IoT startup Relayr has raised $30 million in a funding led by Deutsche Telekom Capital Partners with participation from B37, Purple Arch, Kleiner Perkins, and Munich Re.

Relayr, whose total funding now stands at around $100 million, develops an enterprise cloud platform for aggregating data from industrial IoT devices; its customers include Bosch and General Electric.

Delivery Hero’s valuation topped $5 billion after the food delivery firm went public in a listing on the Frankfurt stock exchange.

The listing, announced earlier this month, came at a €25.50 share price, at the top of its pricing range. The share price quickly rose to reach as high as €26.90 — or up 5.5 percent — on the first day of trading, according to Bloomberg. That peak price gave six-year-old Delivery Hero, which is present in more than 40 countries, a market capitalization of around €4.5 billion, or approximately $5.1 billion.


Delivery Hero, the global leader in online and mobile food ordering, today announced the acquisition of Yemeksepeti in a transaction valued at US$589 million. This is the largest acquisition ever made in the online food ordering sector. The transaction further extends Delivery Hero’s position as the global market leader, now processing c. 10 million orders monthly which is far more than any other global player.